I'll admit it. These days I have a hard time finding novels I truly love. Now that I've become a career author/editor, more often than not I read a few chapters and put a the book down never to pick it up again. But here are some of my favorite books that I reviewed during 2013 with links to the reviews. Each of these passed the surprisingly difficult task of actually holding my interest, and I highly recommend any of them. 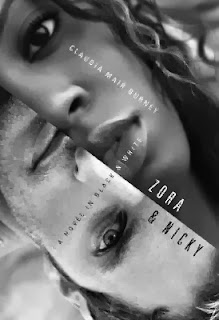 There was one more book I read and loved this year, but never got around to reviewing, Zora and Nicky by Claudia Mair Burney. This novel actually released in 2010. I heard great things about it from the beginning, and I had meant to read it for years. When I finally got around to it, it not only met my expectations, but surpassed them.

For a novel to really hold my interest, it needs to pass three tests. 1) It has to surprise me. 2) It has to make me think. 3) It has to delight me. Zora and Nicky: A Novel in Black and White passed all three with flying colors (pun intended).

The main theme of the book is racism. I'll admit, I didn't connect with this issue 100%, mostly because both the black and white character were more racist than I'm used to. I feel like my family of origin was another generation or even two removed from the racism represented in this book. But as this is a subject I care about, I enjoyed learning, seeing, and growing through their eyes. And although it's hard to think about it, I don't doubt for one minute that such racism still exists today.

However, in addition to their racial differences, Zora and Nicky were both pastors children, and they came from radically different denominations. This was the part of the book that really delighted me. I also was an assistant pastor's child for many of my growing up years, so I understand the pressures and expectations associated with that. Zora came from a black gospel, charismatic, "word faith" church. I also was raised charismatic and spent my teen years in the word of faith movement. I found Burney's assessment of this movement insightful and fair. She captured many of the pitfalls I saw in those types of churches. She also examined the patriarchal tendencies so common in evangelical churches in general. On Nicky's side, she showed the more legalistic Baptist mindset, which has also played a role in my life. Like both Zora and Nicky, I entered adulthood looking for a faith that was fresh, different, and most of all authentic.

I was also delighted by the many laugh out loud (actually roll around on the bed laughing hysterically so that your family comes to check on you) moments that the book offered. Finally, I was delighted by the intense romance between the main characters. I often find romance novels kind of vanilla and lack luster compared to the real life romance I have experienced. But this one really captured the highs, the lows, and all the nuances in between.

So that covers making me think and delighting me. As for surprising me, Nicky's story was shockingly raw. This is always a surprise in Christian fiction. And while of course I wasn't "delighted" by his temptations and struggles, I was in fact delighted that Burney approached them with such honesty and transparency. I also applaud David C. Cook for their willingness to take a chance and publish this book.

Zora and Nicky has it all. Drama, heart-stopping romance, amazing characters, hysterical humor, and thought-provoking themes. I just couldn't let the year end without taking a moment to praise this amazing book.

What were some of your favorite books this year??