This week I offer a few more favorite quotes from my readers. These ones are best understood with a bit of backstory.

The first favorite quote was chosen by Suzie Johnson. It depicts a scene in the book when my character Layla experiences a moment of freedom and true joy, swimming without a veil and heavy clothing for the first time. I think this will resonate with anyone who has let go of bondage and found their way to freedom in Christ. 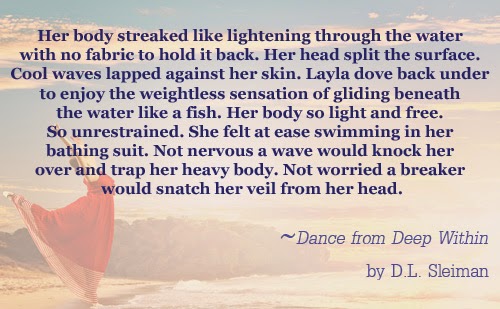 The second quote was recommended by Wendy Chorot. I should mention that the book includes a minor character who is an abused woman. Fatima was Layla's best friend during childhood, but now is barely allowed to leave her home. Layla tries to keep up Fatima's spirits by sending her long emails about her experiences. This passage is from one of Fatima's return letters. 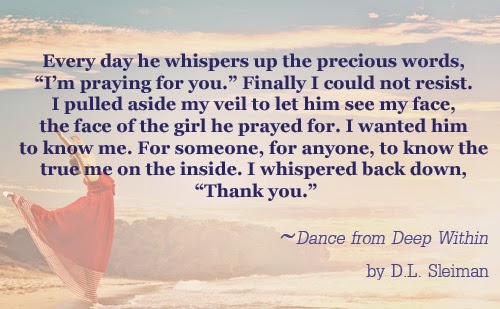 Today's final quote was chosen by Kim Upperman. This is from the perspective of Rain's boyfriend, James. James was mistreated by his father as a child, but he realizes he will need to overcome those old wounds if he wants to be the man that Rain and their child need him to be. It really hones in on the experience of inner healing, whether more spiritually or emotionally focused. 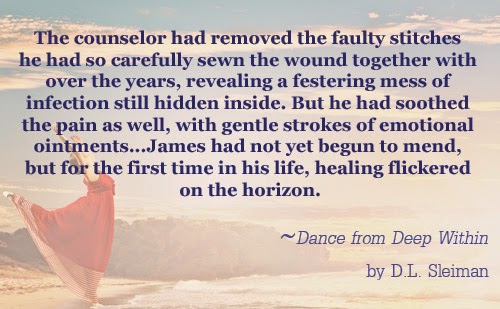