Expert Opinions on My New Novel

The release of my new novel is less than two weeks away. So in case you're wondering if it will be any good, here is a sneak peek at what some experts like best-selling author James Rubart and two former Muslims have to say... 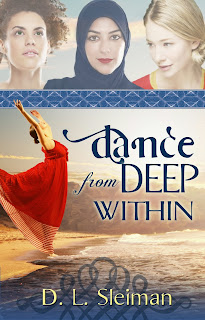 “This is not my kind of book. So when I say it went deep into my heart, you’ll know it’s a story that will impact you no matter what genre you typically read. This novel will open your eyes. You’ll start seeing the people around you in a vastly different way than you do right now. And you can’t help but be changed by the three young women who Sleiman portrays with authenticity, penetrating insight, and well crafted prose.” ~James L. Rubart Bestselling author of Soul’s Gate, and Memory’s Door.

"Deeply drawn characters take you on a journey that will change their lives . . . and yours. Women's fiction at its finest." ~Nikki Arana, author of The Next Target - 2013 Christian Book Award for Fiction (ECPA) - Two-time Carol Award Winner for Women's Fiction


"Dina Sleiman allows the reader to see the beauty hidden inside her characters, especially Layla the Muslim girl--the beauty hidden because of social and religious restrictions. The author captured this feeling in the book itself when she said through her college professor, "This is the power of literature. It allows us to see the beauty in people around us. Gives us glimpses into their minds and their souls." ~ Brother Rasheed, host of international television program, Daring Questions, aimed at the Muslim world

"Well-written, thoughtful and engaging, Dance From Deep Within follows the lives and friendship of three young women as they learn about love, faith and truth. Fans of Dina Sleiman are in for a real treat!" ~ Ann Tatlock, award-winning author of Sweet Mercy

"Dina Sleiman has written a heart-gripping and mind-expanding novel about three young women, each in search of something deeper than the usual fare offered by the world. One is a Muslim, one a Christian, and one a former gypsy with no real spiritual roots at all. Yet, as their lives intertwine, they find they truly do have more in common than they would have imagined—though they also learn there can be a serious price required in fulfilling their quest for deeper meaning and wholehearted commitment." ~Kathi Macias (www.boldfiction.com) is the author of more than 40 books, including People of the Book, set in Saudi Arabia.

And here is the foreword...

My name is Sister Amani. I am a former Muslim woman and the host of the first Christian TV program directed to Muslim women. You might notice my name as you read through this book, because I am a part of the journey of the fictional character Layla in the story.

I have a deep appreciation for Dina Sleiman's understanding of the struggles of Muslim women. Reading through the story, I was able to see through Layla's eyes. I can identify with her impressions of the American culture and the relationships around her—with the battle between the freedoms she longs to have and the taboos she was taught. Dina brilliantly captured a glimpse of the free Layla that lives deep within yet doesn't dare to peek from behind that veil. She is a talented author with a heart that understands sisterhood beyond the boundaries of countries, religions, and cultures. To my surprise, I discovered through the friendship between theses three young women that true freedom has a cost and requires a risk in any culture, not only my own.

The story uniquely bridges the gap between the Western culture and the Middle Eastern culture to reveal the beauty of both while not ignoring the problems and the darkness in either. I think the story eloquently speaks of the realities of Muslim families living in the west. It also illustrates true and simple ways that friendship can open the door for someone like Layla to understand that they have a choice and have been created with a purpose. A gentle theme of love and truth flows through the book, woven together with intense excitement as the story unfolds.  It became clear to me that our author is speaking from a heart that that has shared these sorts of experiences, and that she herself and was given a heart of compassion for those who never had the freedom to "dance."

My prayers are for our Lord Jesus Christ to show his love to you as you go on this journey to find your own Dance From Deep Within.

~Sister Amani, Host of The Muslim Woman
Posted by Dina Sleiman at 5:56 AM