How to Write the Unmarketable Novel

(As first seen on Novel Rocket) 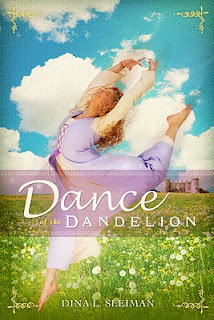 Not a good plan, huh? Any writer with an ounce of sense will choose to write a novel that fits the marketplace. A book that will have editors clamoring after it.

What she does know is that she needs to write something that excites her. Something that she would want to read. Something that will keep her typing in the middle of homeschooling and running kids to a never ending list of extra-curricular activities.

For me, it was a love story set in the middle ages. Of course I adore the world of knights, jousts, and pageants, but much more drew me to the 1300s. In that time period I saw a deep and authentic spirituality in the medieval saints that I felt would truly speak to a contemporary audience. I saw a time before our current denominational schisms and Christianese dialect where I might explore faith through new eyes. There I could set my story of finding freedom, healing, and the true meaning of love.

Strike one!
I had no idea that Christian publishers weren’t looking for anything set in the medieval period. That in fact, most agents would turn down the project after one paragraph of my cover letter based on setting alone.

And I thought it would be great to write the book in first person. I love first person novels. They’re so intimate, and I figured it would help me get into the head of that fascinating heroine I planned to create.
Strike two!
How was I supposed to know that the present trend in point of view runs toward a multiple limited third person perspective? I didn’t even know there was such a thing as a trend in point of view. Let’s face it, I probably would have needed to pull out my graduate creative writing texts to even remember what it meant.

Most importantly, I wanted to write a realistic novel with a fallen heroine who struggled with selfishness, sin, and sexual temptation—but that still contained a powerful spiritual message. Because, after all, that’s the book I wanted to read and almost never found.
You guessed it…Strike three!

Okay, I’ll confess I had a clue this one might be a problem based on the fact that very few of these books seemed to be available. I knew my novel would probably be too Christian for the secular market and too edgy for the Christian market. Eventually the spiritual elements took on a life of their own, and I realized I had no choice but to hope for the best in Christian publishing.

So that, my friends, is how to write the perfect unmarketable, edgy Christian, first-person, medieval novel that nobody wants to buy. But there’s an upside.

The upside is, if you do indeed want to sell this book, you can’t settle for decent. You have to work and edit and revise for years until the book is capable of overcoming all those strikes. Until people say things like, “my all time favorite book,” compare you to Geraldine Brooks or Francine Rivers, and call your writing “light rippling across water."

If, and only if, you keep working and learning and developing your novel, you just might find a company like WhiteFire crazy enough to publish it. After all, it only takes one yes. And that company might be awesome. And let you use your daughter for the cover model. And even keep your steamiest scene because they understand you’re using it to make an important spiritual point.

The journey to publishing my debut novel, Dance of the Dandelion, was not an easy one. But you know what, looking back, I can’t say I’d change a thing.
Posted by Dina Sleiman at 11:50 AM