A Study in Sisterhood Novels 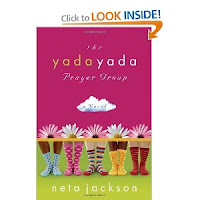 Well, I’ve been reading sisterhood books for the last month. The fact that someone important in my life didn’t like the structure of my novel about “three young women from varying backgrounds who search together for meaning and truth” really shook my confidence. In the short run, I prayed about it and felt God confirmed my choices for the book. But, not desiring to be cocky or presumptuous, I also wanted to spend some time studying the genre and making sure I did it right. I read five complete novels and portions of five more.

Here’s the thing. Sisterhood books are not about the classic “hero’s journey.” They are not about a protagonist going out into the world and overcoming an escalating set of obstacles to reach a specific goal. Sisterhood books are about relationships, pure and simple. They are a microcosm of society. Characters come together and react against one another. They learn and grow and change through the group dynamics. Usually, the book explores a theme as each of the “sisters” faces related challenges and struggles.

More importantly, there is not one clearly defined “protagonist.” There are multiple protagonists. If the group is small enough, it is not unusual for them to be equally weighted. The groups itself becomes a character, a protagonist in the book. Both the group and each of the main character have a full story arc. Generally, one character becomes the “primary protagonist.”

What do these primary protagonists have in common? Well, they are often the most relatable character. In Christian novels, they are always a Christian. They are not chosen because their story is the most compelling, but rather for their ability to guide the reader through these relational experiences. Often, they have no great goal. Sometimes they are rather difficult characters early on. In fact, in most of the books, their journeys have been more about the character letting God accomplish something in their lives than it has been about them overcoming obstacles and achieving goals. Inner healing has been a theme in several of these scenarios. How can you tell the primary protagonist? Simple. The book starts and ends in their point of view. They might get a slightly larger percentage of the book, but sometimes not.

The only exception to this that I found was The Yada Yada Prayer Group. This book is written from a single first person point of view, and I do have to say, that made it my least favorite of the bunch. When I realized that book 2 continued with the same protagonist, I had no desire to keep reading. I do understand why this worked and the series became so popular, though. The protagonist is a middle aged, white, religious Christian woman—which pretty much aligns with the typical CBA (Christian Booksellers Association) reader.

My personal favorite of the bunch was Faithful, a new novel by Kim Cash Tate. I related to all of the characters and their conflicts, and the theme truly spoke to me. Similar to the Yada Yada’s and the young women in my own book, her characters came from a variety of ethnic backgrounds, which always makes for a fun read. I would give The Potluck Club special recognition for being the funniest and having the zaniest characters. And I give Robin Jones Gunn extra points for writing her Sisterchicks series that provided her a travel budget to some of the coolest locations in the world. But, the series that best related to my own was the Bloomberg series by Melody Carlson with its twenty something characters. I plan to read the whole series soon.

So that’s my assessment of Christian sisterhood novels. And my conclusion about my own? Well, I’m still learning and growing as a writer, and I can’t promise that I’ve gotten everything precisely right. However, this study has shown me that the book is structurally sound and that I’ve made quality decisions about my characters and their journeys. All I can do now is keep praying and hope for the best.
Posted by Dina Sleiman at 12:00 PM