Postmodernism: the Good, the Bad, and the Hopeful

A few weeks ago I was looking over my tenth grade daughter’s syllabus for her high school modern dance class. I noticed one of the subjects they would be covering was postmodern culture. If someone in your life was studying postmodernism, would you know what that meant? Would you know what inherent dangers exist in postmodernism, or what the benefits of such thinking might be? I confess, until about ten years ago, I had no idea that postmodernism was the prevalent culture in our Western world today. I assumed it was a reaction to the modernist period in some way, but I didn’t understand its scope or importance. 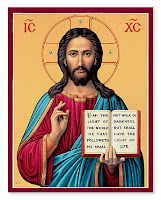 Let’s start with a bit of Western history going back to the Holy Roman Empire. From a few hundred years after Christ until at least the Renaissance can be called the “Pre-modern Era.” During that period the general world view was “theistic”, meaning God-centered. Scripture and the church were final authorities. While this mindset might sound wonderful to Christians, it created its own sort of problems. Scientific discovery was seen as heretical because it challenged church tradition. The church had too much political power and became corrupt. It often took away the freedom of choice that God gave mankind from creation. In fact, many incredible Christian believers were martyred during this time by the church.

Enter the “Modern Era.” Some trace the roots of this era back as far as the Renaissance, however it strengthened during the “Enlightenment Period” of the late 1700s and hit its peak in the late 1800s which is known as the “Modernist Period” in literature and art. The secular worldview of this era is based on science and reason, and it trusts only what can be evaluated by the five senses. Life was governed by logical principles and ethics. God was seen as distant or absent, and man became the final authority. Authority structures were clear. It’s obvious that the inherent atheism and secular humanism were diametrically opposed to a Christian worldview. But, what is not clear is how elements of this mindset seeped into Christianity as well. If you look at traditional churches even today, you might find the same modernist attention to hierarchical structures, emphasis on law, and rejection of the supernatural to a degree that is not Biblical.

So where does that leave us? Most academics would say smack in the middle of the “Postmodern Era,” which began around the early 1970s originating from the hippie movement. Rather than theistic or secular, the worldview of this era is "pluralistic", or in other words, an acceptance of all worldviews. Life is governed by personal choice rather than theology or ethics. While atheism has declined, the concept of one God has been replaced by a variety of spiritualities. The postmodern thinker rejects the concept of absolute truth. They believe we each create our own personal truths based on experience. They see the world as chaotic and random and seek to find their own meaning within it. The positive side of postmodernism is that these people are hungry for spirituality and the supernatural, searching for meaning, and open to new experience.

Clearly there are many elements of postmodernism that clash with our Christian beliefs, but as I hope I have established, the same can be said of the Pre-modern and Modern eras. On the other hand, the positive aspects of postmodernism open avenues for evangelism and outreach. The church needs to understand postmodernism and reevaluate the cultural elements of Christianity in order to reach a new generation that has grown up with this mindset. I was born in 1970, which leaves me right on the outside edge of this generation, but since my parents are young, and I grew up in a Jesus movement hippie church where the pastor often wore jeans and sandals to preach, I identify with this generation and feel called to minister to them with the absolute truth that can only be found within the word of God.

But in order to do that, we need to understand how these people think. We need to learn to speak their language. We need to know what they are looking for. Because, and here’s what I want you to take away from this post:

We need to rediscover Biblical truths in light of the areas that hold sway with this generation: image, experience, relationship, and intuition. We need to reach them with Christianity that focuses on relationship and experience with God. Christianity that is authentic and real. We must go through the heart, not merely the logical mind. We must let them find God for themselves, not point to authorities they don’t yet believe in. We must become open to the supernatural movement of the Holy Spirit in our lives and our churches. We must meet their cultural needs with music, art, drama, and dance that speak to their hearts. We must accept that they might dress, look, and act differently than Christians from the mid 1900s. We can even incorporate the technology and visual images they have grown up with into our church services.

None of these things go against the absolute truth found in God’s word. In fact, I would be happy to supply scriptural proof that all of these are encouraged in God’s word. Only tradition and religiosity stand in their way. There’s nothing “wrong” with doing things the old way, but there’s nothing “wrong” with embracing a new way either. We must understand the difference between culture and Christianity. While we never sacrifice the absolute truth of the scripture, we should be willing like Paul to become “all things to all men so that by all possible means I might save some.” I Corinthians 9:22

And here’s the exciting part for those of us who love literature. We must reach the postmodern generation through story! Through story, the postmodern thinker can find relationship with a character and share experiences with them. They can use their intuition and imagination to discover God. They can begin to see how their “personal narratives” fit into the grand “meta-narrative” of God’s story upon the earth.

Yes, there’s much about postmodernism that can seem bad, ugly, even downright scary to the Christian believer. But I choose to look with hope at the beauty in this mindset. A generation that is open to God and hungry for supernatural experiences. And I can’t wait to reach this generation through the stories, dances, and dramas that God lays on my heart.

What sort of church culture do you enjoy personally? What are you or your church doing to reach out to this postmodern generation? Do you totally disagree with everything I've just written? It's okay, you can tell me the truth, I'm all about being authentic :)
Posted by Dina Sleiman at 5:37 AM