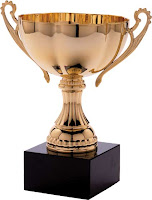 I thought about doing the 2009 Dina Book Awards, but my list of rules to qualify was pretty ludicrous. So instead, I'll just spend a few minutes talking about some of the most memorable works I read this year and why they stand out to me. Keep in mind that I've probably read more books this year than I ever have in my life. I would say about 50. The ones that made the cut deserve high praise.

Arena by Karen Hancock is a major stand out novel to me. This science fiction allegory was full of action, adventure, exotic creatures, and even romance. More importantly, though, I learned so much by watching the Christian journey played out in the fantasy world of the Arena. This book pops back into my mind regularly as I ponder spiritual matters. I noticed in some reviews that non-Christian readers found this book to be too heavy handed in its symbolism, but if you understand it is an allegory and know before hand what to expect, I think you will love this book as much as I did.

A Stray Drop of Blood by Roseanna White is also way up there on my list of memorable books. I say that with the caveat that I recently finished it, which makes it hard to evaluate the "memorable" factor. However, it was so rich and deep that I imagine it living on in my mind for years. This Biblical fiction takes place in the days of Jesus and the crucifixion. Seeing the timeless story through the eyes of a wounded slave girl gave me new insight and understanding into the power of the blood of our savior. The novel also had much to offer in understanding love, forgiveness, and the complexity of relationships. The history was amazing. I felt like I was living in and traveling through the Roman Empire alongside Abigail. I really got into the mind of these Roman characters, steeped in the mythology and philosophy of their time. What an amazing world to visit. You definitely need to plan a trip there soon, and A Stray Drop of Blood is the perfect ticket at the bargain price of about $10.

Lady of Milkweed Manor by Julie Klassen comes to mind next. I loved this Regency period piece, but more than that I loved what it revealed about that time in history. The book opens with a vicar's daughter packing her bags to leave for a home for unwed mothers. This brought new life to the time period for me. Rather than just reading like the typical Regency parlor romance, this book looked at all aspects of that time period: rich, poor, urban, rural, pious, and sinful. I was especially fascinated by the wet nurses and other medical and childbirth aspects of the book. The romance in the novel is unpredictable and kept me interested and reading. Personally, I get tired of romances where you know who the heroine will marry by the end of chapter one. This also gets my vote for most the most artistic and literary novel I read this year. As someone with a strong literature background, I have great appreciation for musical language, symbolism, and creativity. This book is just beautifully written and a true joy to experience. It would be a great novel to recommend to non-Christians because the quality of the writing is unquestionable.

Unspoken by Angela Hunt stands out to me because of a very unique and unforgettable character: Sema the signing gorilla. I had so much fun meeting Sema. I felt like I knew her in depth, and she became a close friend. Her ability to sign gave interesting glimpes into her mind and intelligence. She made jokes and connections I would never have expected. She would tease people and call them "stinky nuts," her own verbal invention. Anything she didn't like was given the adjective of "cat" because she hated cats. For example, she called olives "cat grapes". And...she becomes the voice of God to her atheist trainer. How cool is that??? If I were to give a character of the year award, it would definitely go to Sema. Angela Hunt awes me with her crazy story ideas. Where does she come up with this stuff? I would love to spend a day in her head. But warning to anyone who reads this book. Sema is a Christ figure in Unspoken. You know what that means, right. Be prepared and have the tissues handy.

Love's Pursuit by Siri Mitchell is another book that will stay in my mind because of the incredible journey back in time. This one took me to the world of the Puritans, a society I "love to hate." Siri did not disappoint in following up on the repressive and harmful nature of this society explored by literary greats like Nathaniel Hawthorne. Siri also used a Christ figure in her book. Evidently, I'm a sucker for this motif. Hers is perhaps even more powerful because it comes earlier in the story, and there is more time to recover from the tragedy and see how the end results play out for the remaining characters. This book also stood out because of a unique minor character, an abuse victim ignored within this society named "Small-hope". Siri employed a multiple first person point of view to allow us a glimpse into the mind of this fragile woman. I also learned an invaluable lesson about the depth of God's grace through Love's Pursuit. This literary style historical wasn't an easy book to read, but it was well worth it.

Hazardous Duty by Christy Barritt would also make my list. It comes from the opposite side of the spectrum. It is a light-hearted contemporary mystery. Imagine chick-lit meets Nancy Drew. It stuck with me for a few reasons. One, it was really funny and full of zany characters. I found myself laughing and smiling throughout it, despite the grisly nature of the heroine's profession as a crime scene cleaner. I also really enjoyed that it was set in my home area of Virginia Beach and Norfolk. This is the first novel I've read that I could literally picture all the streets and neighborhoods. Maybe that's typical for some people, but it was a rare treat for me. Overall, I would say this book was just fun, fun, fun. And I'm not a mystery expert, but I enjoyed putting the clues together and the many surprises along the way. If that's what you like in a book, then I highly recommend Hazardous Duty.

Blue Enchantress by Mary Lu Tyandall is definitely my pick for romance of the year. I love romance, but can quickly grow bored with predictable club type romance novels. This book was full of adventure and excitement. It was funny and spiritual all at once. And there was passion aplenty both in the delightful Caribbean pirate setting and between the hero and heroine. The heroine was exquisitely flawed, which made her unique and memorable. She sought attention and affirmation from men in a way that frequently got her into trouble. The book opens with the heroine being auctioned as a slave, and the hero having to sell his hard-earned ship to save her, despite the fact that she has always snubbed him. Now how can you forget a story like that?

Sailing Between the Stars by Steven James is the final book I would like to mention, although it may well have been the most memorable of all. I've placed it last only because it is not a novel, and this blog is devoted primarily to inspirational fiction. I read very little nonfiction. I don't want people to just tell me stuff. I want to experience a story and learn and grow alongside my characters. But that is precisely what Steven James allows me to do in this exquisite nonfiction book. I was mesmerized by his use of personal stories, intimate thoughts, and insightful poetry to portray spiritual realities. The subtitle of this book, Musings on the Mysteries of Faith, says it all. Unlike the typical Christian nonfiction, this book does not attempt to give absolute answers. Rather, it is an exploration into these subjects that will spark your mind and spirit to come to their own rich conclusions. This new style of postmodern nonfiction made famous by authors like Donald Miller and Anne Lamott is by far my favorite variety. But for me, Steven James tops them all with his depth of spiritual understanding. I will read this book again and again searching out every nugget of truth.

Sailing Between the Stars gets my highest recommendation this year because the format allows it to contain such a wealth of spiritual insight. This book also inspired me to write my own work of postmodern nonfiction titled Secrets of the Teddy Bear Indian Dance: Mysteries Unveiled While Spinning Between Earth and Sacred Praise. I wrote the first draft in six days based largely on the inspiration I received while reading Sailing Between the Stars. It had my mind working on overdrive. So without a doubt, I was more inspired and changed by Sailing Between the Stars than by any other single book this year.

That's all for now. But don't be surprised if I come back later this week and say, "Oh, wait. How could I have forgotten..." There are just so many great new books out there, and I have so much fun exploring them. Join me in the adventure.